CASE STUDY: How Badger Australia is helping SecondBite help those in need 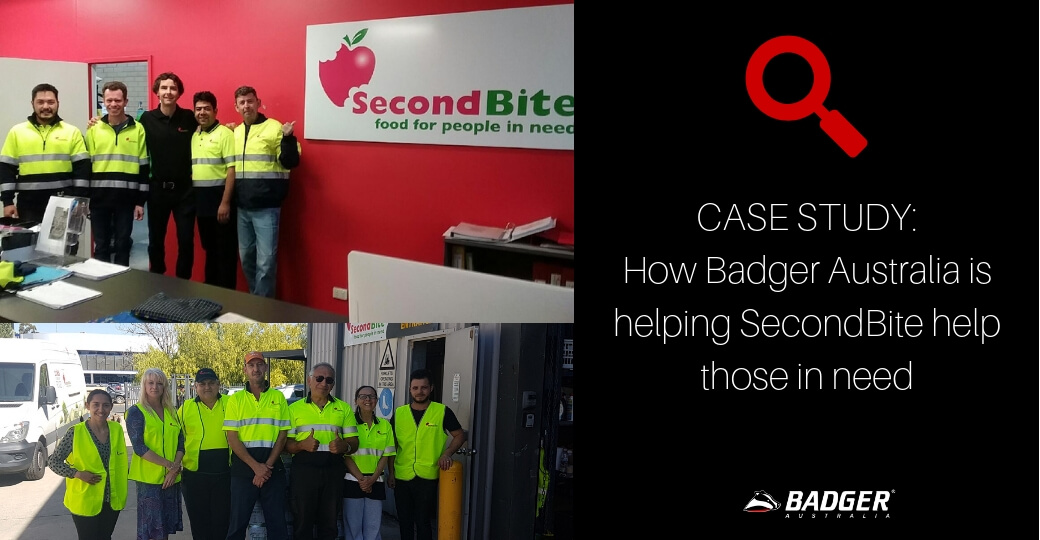 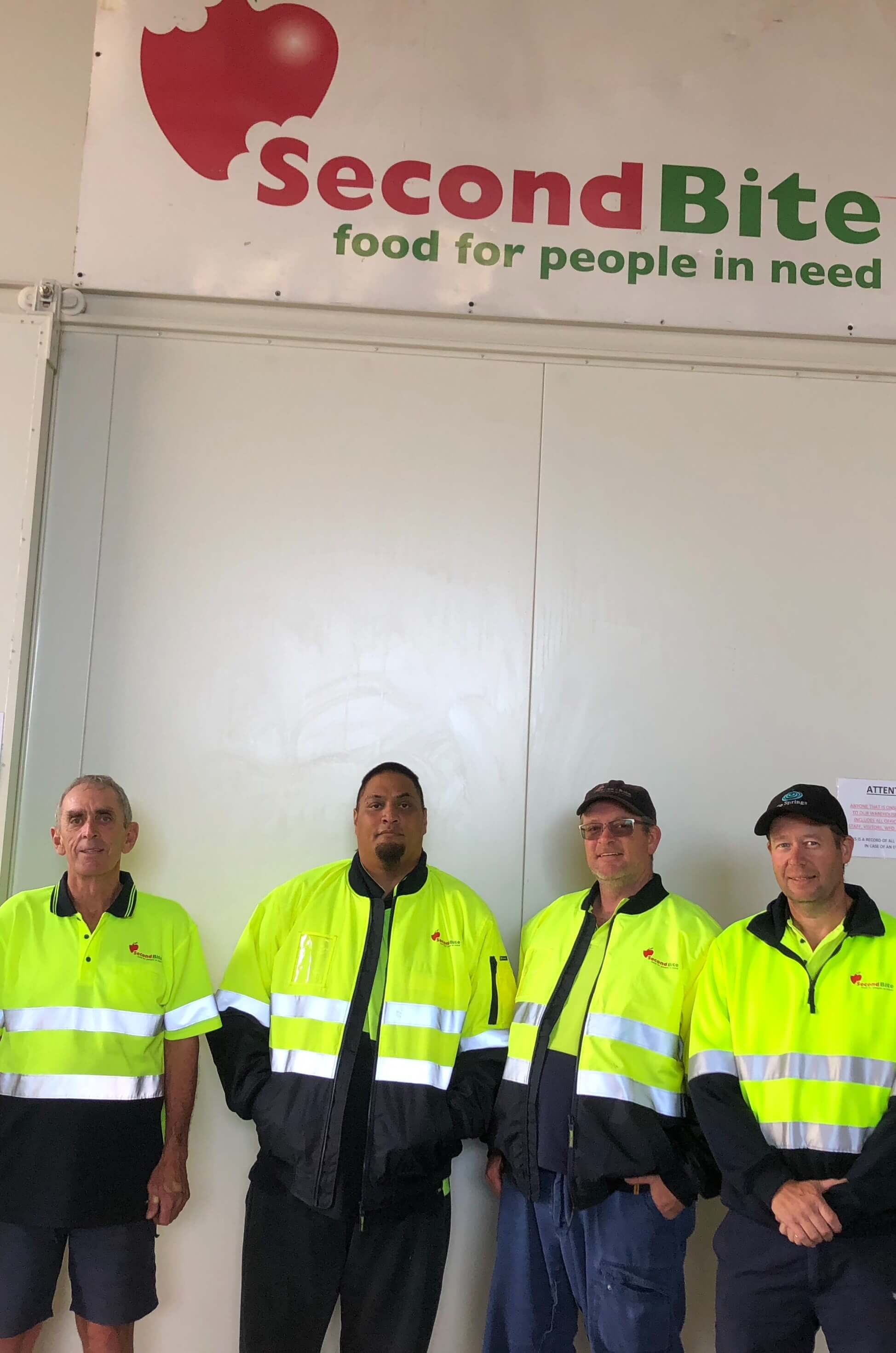 One of the QLD Teams, kitted out with their branded hi vis workwear.

While Australia is considered a ‘food secure’ country, not everyone has a place at a table. While we produce enough food for 60 million people each year, over 5% of Australians experience personal food insecurity. Clearly, a chronic surplus of food is wasted. SecondBite is non-for-profit organisation that aims to bridge the gap between surplus and need.

SecondBite exists to provide access to fresh, nutritious food for people in need across Australia.

‘We do this by stopping good food from going to waste. We rescue edible, nutritious food that was heading for landfill and give it to people in need, free of charge. For us, it’s simple: if it’s good enough to eat, it shouldn’t go to waste.’

The organisation was started in 2005 by Ian and Simone Carson, who decided they could no longer watch good food go to waste while people went hungry. Since then, SecondBite has grown in size and popularity, now distributing enough food to provide over 27 million meals each year. The organisation now supplies food free of charge to over 1300 community organisations with the help of their major partner, Coles. SecondBite collects from over 720 participating Coles supermarkets who donate fruit, vegetables, meat and bakery items. An excellent initiative.

The results so far:

Environmental benefit of their work

Most food wastage in Australia goes to landfill, consequently having a devastating impact on the environment. Food in landfill releases methane, a greenhouse gas 25 times more potent than carbon dioxide. SecondBite’s operations save millions of kilojoules of energy, litres of water and kilograms of greenhouse gases every year while alleviating hunger for millions of Australians.

Their focus on nutrition

SecondBite specialises in the collection of high-quality surplus fresh food and generally distribute it in its raw, nutritious form. Australians experiencing food insecurity are at increased risk of developing diabetes, cardio-vascular disease and obesity. SecondBite assists with this by distributing fresh and nutritious food.

The added benefit of providing raw ingredients is receivers can decide what menus to create, rather than receiving a ready-made meal. This is great for community partners who provide for culturally-diverse groups! 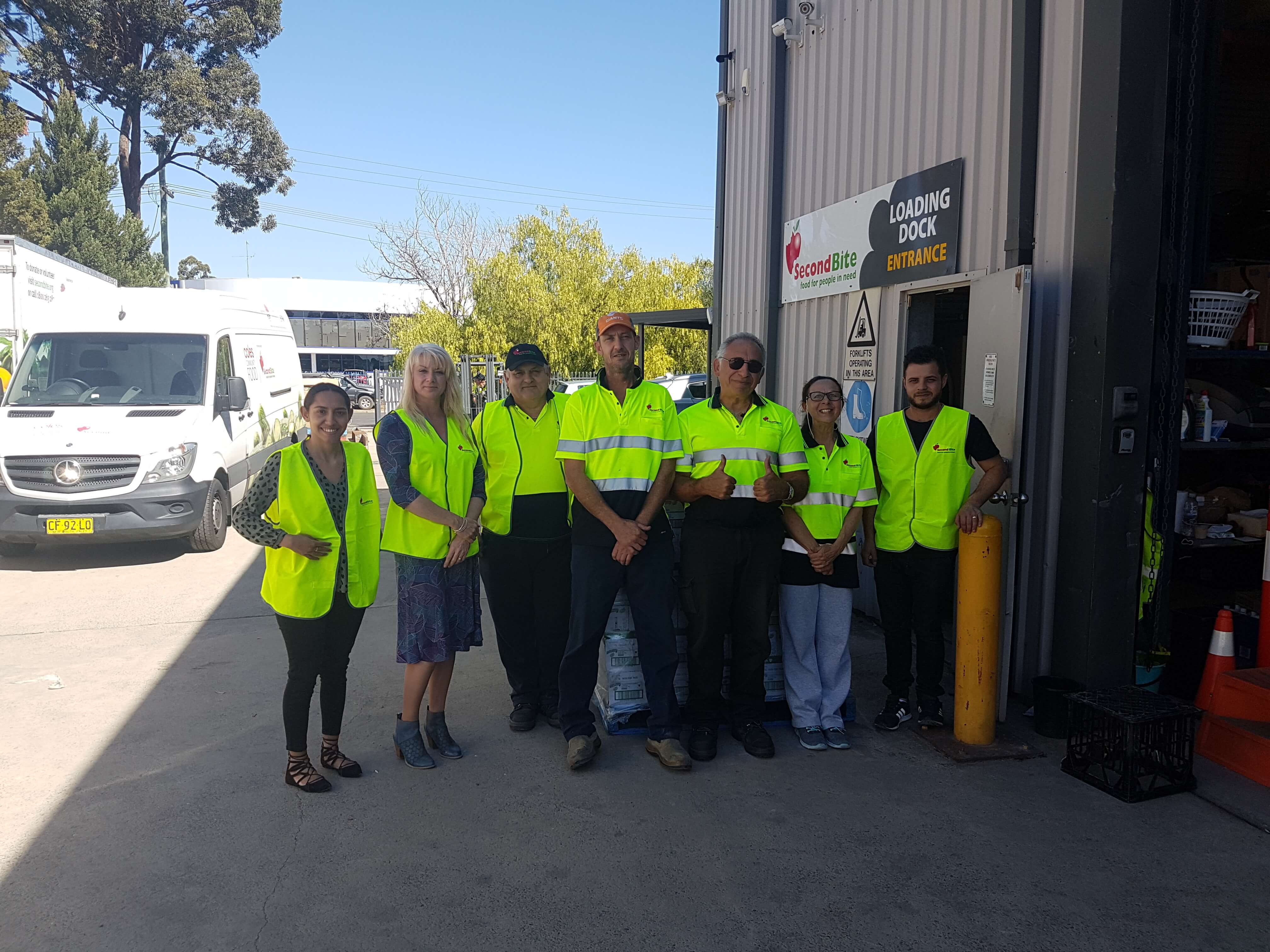 How has Badger Australia assisted in their operations nationally?

SecondBite approached Badger Australia earlier this year, having been recommended by another logistics organisation. They needed compliant, safe and high-quality clothing and PPE at a reasonable price for their massive network of workers and volunteers nationally.

The Badger Australia Team have helped SecondBite to help those in need by providing quality branded workwear and freezerwear quickly that keeps their workers safe and on the job!

By using Signature Branding printing methods instead of embroidery, SecondBite were able to receive their orders faster and fit their team out quickly. The high-quality printing also bolsters their company image, ensuring the demand for their services and supply of volunteers remains strong.

Case Study, Charities
Rochelle Cox
Previous Post
VIDEO TUTORIAL: How to order logos and text on your garments on BadgerAustralia.com.au
Next Post
How do you measure your glove size? FREE tool, find your glove size! 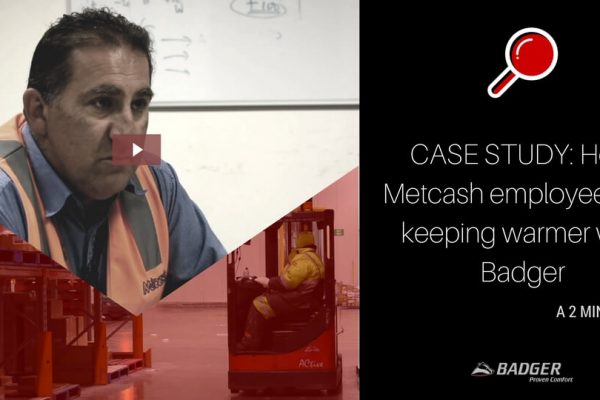 CASE STUDY: How Metcash employees are keeping warmer with Badger 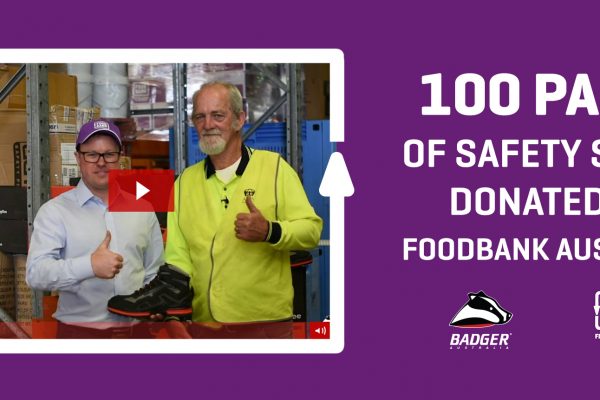 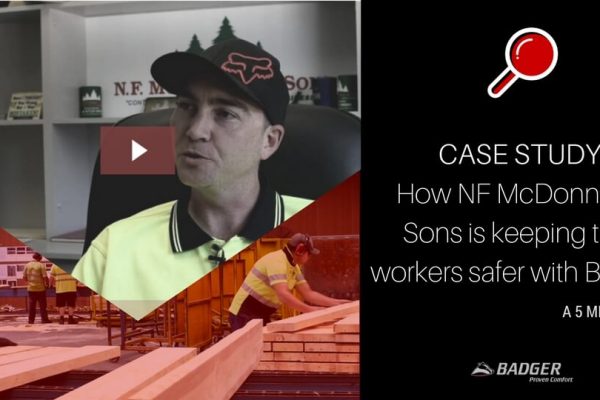